Posted at 23:45h in Uncategorized by TGPR 0 Comments
3 Likes
Share

With winter inevitably approaching, it seems we are deemed for a case of the winter blues.

The colder months bring with them the urge to pull the blankets over our heads or to curl up by the fire, anything to avoid venturing out in the cold.

But this winter we encourage you to put on your gloves, step out into the outside and make the most of the frosty weather.

Here’s a list of some must do’s to beat those blues and make the most of the colder months ahead.

Singin’ in the Rain

What better way to start off the colder seasons with some singing and dancing to lift your spirits? The ever-popular musical, Singin’ in the Rain is currently showing at the Civic. Described as ‘the best musical’, Singin’ in the Rain will definitely giving you something to sing about this winter; but you better book tickets fast because the final show is on May 17th. 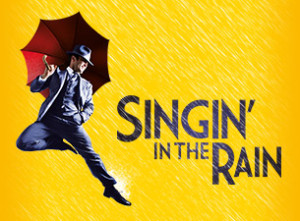 We’ve all had it: the dreaded winter flu. Once the wet weather hits we can expect a serious case of the sniffles, but this winter you can put down the tissue box and head to the Littlebird Unbakery where they offer a range of raw, organic gluten-free sweet and savoury treats.

Just in time for winter, they’ve released the “Squeezery” range, a selection of cold pressed juices including the Flu Tonic, which boosts the immune system and fights the flu.

You can grab one of these juices, or any other Littlebird treats at their cafe’s in Ponsonby and Kingsland, or at their new take-out store down at Britomart. 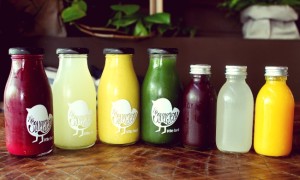 Who said Christmas only comes once a year? This winter it’s time to round up your family and friends to enjoy some merriment at the Alexander Racecourse for a traditional mid-winter Christmas dinner. Drink and be merry with warm mulled wine and indulge in a night at the races with delicious food.

The event runs on Friday nights across June and July with free general admission to the racecourse and great deals on dinner and drink combos for all ages.

Nothing beats a movie night on a cold winters evening, and the New Zealand International Film Festival brings the best of global cinema to New Zealand screens.

The festival gives you the opportunity to view a selection of the best local and international festival films in various cinemas around Auckland and New Zealand.

Leave bustle of the city behind for some fresh air this winter and head-out to the Clevedon farmers market which takes place every Sunday morning from 8:30am onwards at the Clevedon showgrounds.

Fill your basket with winter vegetables grown by the locals and picked as recently as the morning of the market! Just a 35 minute drive from Auckland CBD, the Clevedon farmers market is a taste of the country life offering all the locally grown fresh produce you could wish for.

For the party animals and music muses, the ultimate winter party Okuhune Mardi Gras is blasting off at the base of Mt Ruapehu on June 27th, bringing you the full OMG experience.

Pack your snow boots and make the trip to the biggest winter street party of the year, with a concoction of live music, xtreme rides, street entertainment and fireworks displays OMG will turn up the heat this winter!