The A-list: 10 Shows You HAVE To Binge Watch On Netflix Before Winter Is Over!

28 Jul The A-list: 10 Shows You HAVE To Binge Watch On Netflix Before Winter Is Over!

Posted at 02:20h in Uncategorized by TGPR 0 Comments
0 Likes
Share

September 1st is D-day. Spring is coming! Winter has allowed us to stay cuddled up in thousands of layers for the last few months, and gosh will we miss it. So in order to savour the last remaining weeks of the bitter winds and fire lit nights, we’ve put together a list of the 10 shows you have to binge before September 1st. So snuggle up with a glass (or bottle) of wine and a family sized bar of chocolate and enjoy. Don’t worry, we won’t tell anyone…

1. Orange Is The New Black 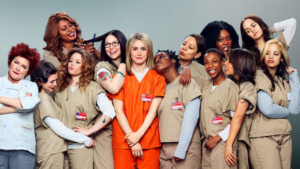 Unless you have been living under a rock for the last three years, you must have at least heard of OITNB! The show is based around Piper Chapman, a wealthy woman living in New York who gets arrested for drug smuggling and finds herself in prison amongst a group of colourful characters. From Poussey to Red, to Crazy Eyes, you’ll learn to love all of these women for who they are, instead of the crimes they’ve committed. The fourth season was just released a month ago, so there is no excuse to not sit down for a few days and binge watch to your heart’s content. Only downfall – you’ll watch the series too quick and be stuck waiting another year for the new series to be released! 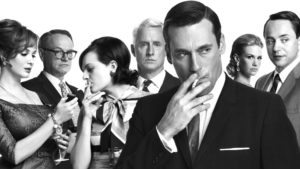 Mad Men takes us back to the fabulous time that was the 1960s – the amazing cars, hairstyles and of course the fashion! Mad Men follows Donald Draper, one of the head creative directors at Sterling Cooper, a leading advertising agency in New York. The show explores what life was like for a man with power and wealth in the 1960s, just how much the advertising industry has changed and evolved over the years, and the price you have to pay for success. There are seven seasons to keep you busy before Spring arrives, and with eye candy like that, you won’t want to turn it off! 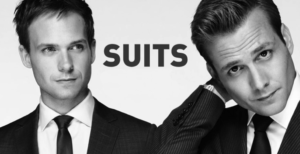 If Don Draper isn’t your style, don’t worry – there’s another heartthrob in town. Harvey Specter. He’ll make you laugh, he’ll make you cry, and mostly he’ll make your heart skip a beat. Harvey is a lawyer, and a very good one at that. He soon partners up with Mike, a young man with photographic memory who convinces the world he’s a lawyer, but Harvey knows the truth. The series focuses on the dramas of law and how hard it is to keep secrets, the consequences of actions, and just how good men can look in suits. Sit back, relax and enjoy the wonder of a man that is Harvey Specter, oh and learn a little bit about the legal world too! Although there are five seasons to get caught up in, it really isn’t enough! 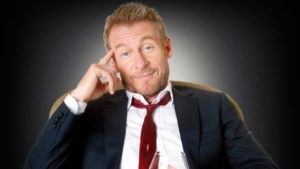 Another legal show, but boy is this one a goodie! Although we often don’t like complimenting our friends across the ditch, we have to give them props for creating this show. Based on brilliant, but self-destructive barrister Cleaver Greene, the lawyer takes on drama-filled and outrageously odd cases. Greene is often known as the champion of lost causes, making this show one not to miss! 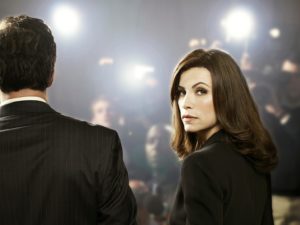 The plot is in the title with this one! The Good Wife, is set around a woman named Alicia, who has been nothing but a loving and devoted wife to her husband, a former state attorney. Her life is completely torn apart when she and the rest of the world learn of her husband’s sex and corruption scandal – quickly followed by his arrested. After years of being a housewife, Alicia now has to put the past behind her as she is forced to provide for her family and return to work as a litigator at a law firm. Seven seasons are definitely not enough, you’ll get hooked, promise!

Don’t get too comfortable Mr. Trump; you won’t be in the White House long if Frank Underwood has anything to do with it! Set in D.C., House of Cards follows politician Frank Underwood, after he has been passed over for appointment as Secretary of State. Outraged, Underwood, and his wife Claire create an elaborate plan to gain power through manipulation and blackmail. This show will get you shaking in your comfy ugg boots at times, but once you’re obsessed there’s no escaping it! 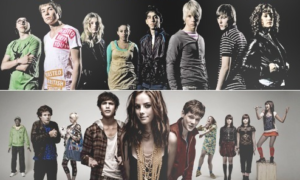 It’s your mum’s worst nightmare! Skins follows the fictional journeys of a group of teenagers growing up in the south west of England. The show is full with dysfunctional story lines and often deals with typically taboo topics. Each episode focuses on a different character and explores themes of broken families, alcoholism and drug use. While the themes of the show sound a bit heavy, you’ll often find yourself laughing or cringing at the familiarity of the turmoils of these teenagers. Definitely a much-needed watch, if you’re wondering what your teenage years were like if you walked on the wild side! 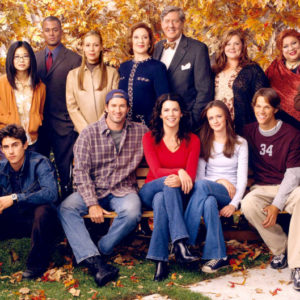 This show is best watched with a bowl of popcorn and your mum or bestie by your side! Gilmore Girls is based on solo mum Lorelai Gilmore, and her daughter also named Lorelai Gilmore (who thankfully goes by the name Rory, or gosh would that be confusing). The two Gilmore girls live in the small and quirky town of Stars Hollow, where they are loved by everyone. The series explores family issues, friendship, romance, and wealth, as Lorelai often battles with her parents over money and social status. This show reveals how important a mother-daughter relationship can be, and that love and friendship can conquer all. Excitingly, Netflix have revealed they will be releasing a new mini-series with all the characters set to air later this year – we’re warming our seats in anticipation already! 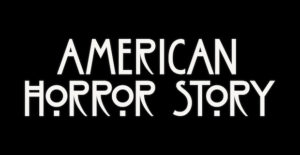 No matter which one you watch, whether it is Coven, Freakshow or Hotel, you are bound to get just a little scared… If you aren’t into horror movies, this definitely is not for you! Each mini-series is based in a different time period, throughout America and follows themes that nightmares are made of. 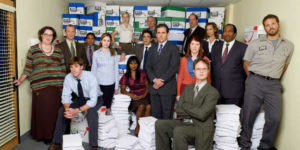 Steve Carell will make you laugh until you cry with his character Michael Scott. This series is filmed as a mockumentary and tells the story of the employees of Dunder Mifflin, a fictional paper company in Scranton, Pennsylvania. This show will make you laugh, and sometimes even shed a tear as it follows the everyday lives of some not so ordinary people.